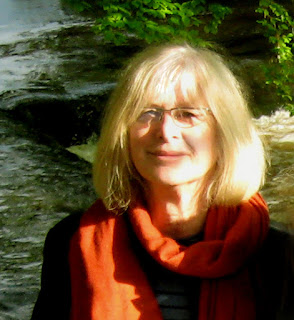 I grew up beside the St. Lawrence River outside Kingston, Ontario. As a kid I swam with my brothers on the wrecks of ships from the War of 1812 and later worked in the summers at the reconstructed British Fort Henry. Along the way I developed a taste for history.

Even as a kid I wanted to write books. (My friend Johanne and I wrote the first version of Lake Rules during French class in Grade 10.) I got distracted from that for a while, though. When I finished my education with a masters, teaching, and library degrees, I moved to New Zealand with my husband. For 12 years I worked on farms and in libraries, taught English and drama, and generally had a great life. My daughter, Leila, was born there.

In 1983 I moved back to Kingston with my family and worked as a writer and editor for the Kingston Whig-Standard. I taught writing and editing at Queen's University and am an editor with McGill-Queen's University Press and several academic journals.

Work in progress
The Taxidermist's Diary